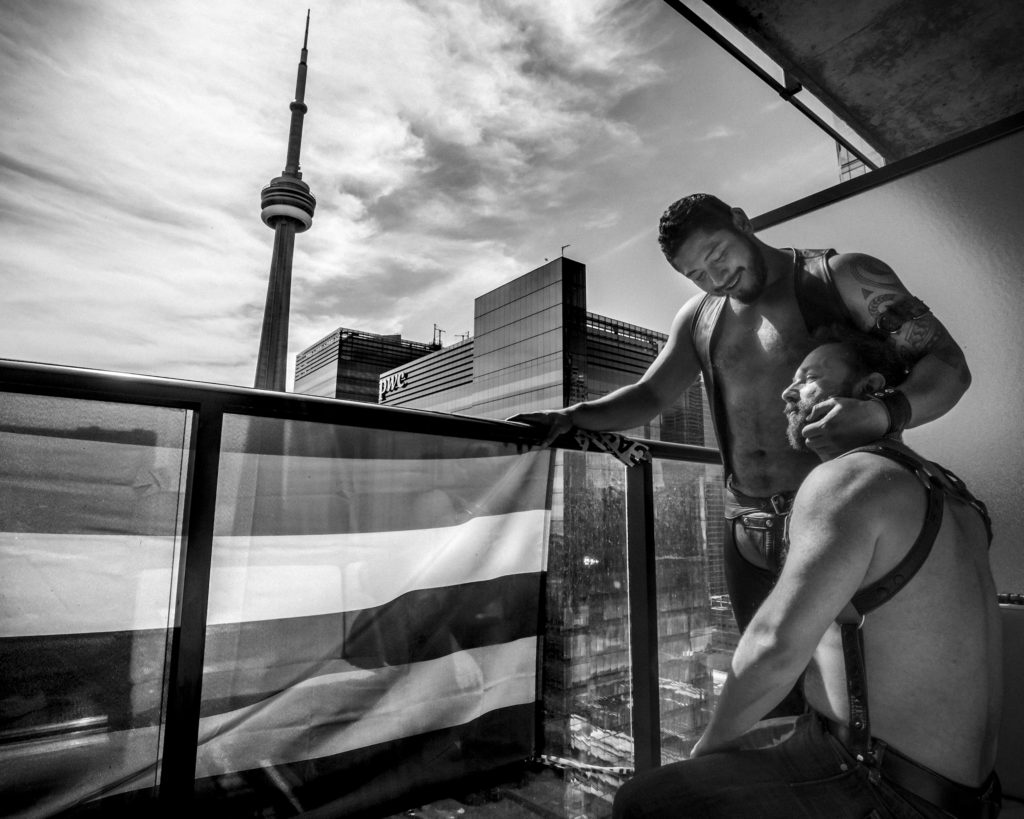 Boys Will Be Boys:
Photographs of gay Toronto rugby team challenge
stereotypes about masculinity and homosexuality

Toronto is considered one of the world’s most diverse cities, attracting migrants from distant corners of the globe, as well as those from closer by – rural, suburban and interurban migrants seeking changes to their economic or social circumstances.

People who identify as LGBTQ often flock to urban centres like Toronto in search of belonging or acceptance not found in their home communities. They have typically experienced high rates of discrimination, suicide, mental illness and other negative outcomes.

Team sports and recreational activities also provide opportunities for camaraderie, but the notion of gay athletes has always encountered resistance and controversy.  Gender roles are constructed and performed within society. The binary code is widely imposed by tradition and, in the worst case, is the only one allowed by law.

In rugby, considered a manly hard contact game, the pervasive stereotype of homosexual men as weaker than ‘straight guys’ contradicts the prototypical player. Until recently, the possibility of gay players on the pitch was not even contemplated, and the locker room was considered a sacred space devoted to pure masculinity.

However it was these multiple layers of exclusion and discomfort that led a few gay rugby players, pushed to the margins of the quintessential gentlemen’s sport, to form Muddy York RFC, Toronto’s first gay-friendly rugby team. They unconsciously started the process of describing and deconstructing the idea of performance within masculinity.

More than just a sports team, the club brings together a small community of players and their partners, supporters and fans. They primarily compete against ‘straight’ teams in the Toronto Rugby Union. The club also travels for exhibition matches against other gay teams, hosts the annual Beaver Bowl Tournament and every two years participates in the Bingham Cup, an international competition often labeled as the LGBTQ Rugby World Cup.

Giovanni Capriotti is a photographic essayist, editorial photographer and videographer, who was born and raised in Rome but now lives between Toronto and Montreal with his wife and daughter. His work explores multiple issues across North America and the world, focusing on unique and intimate narratives that often go unnoticed. Giovanni's work has been published in The Toronto Star, Montreal Gazette, Globe and Mail, MacLean's Magazine, Canadian Press, National Post. "Boys Will Be Boys" was recently honoured with first place in the sports category for the prestigious World Press Photo Awards.
Documentary