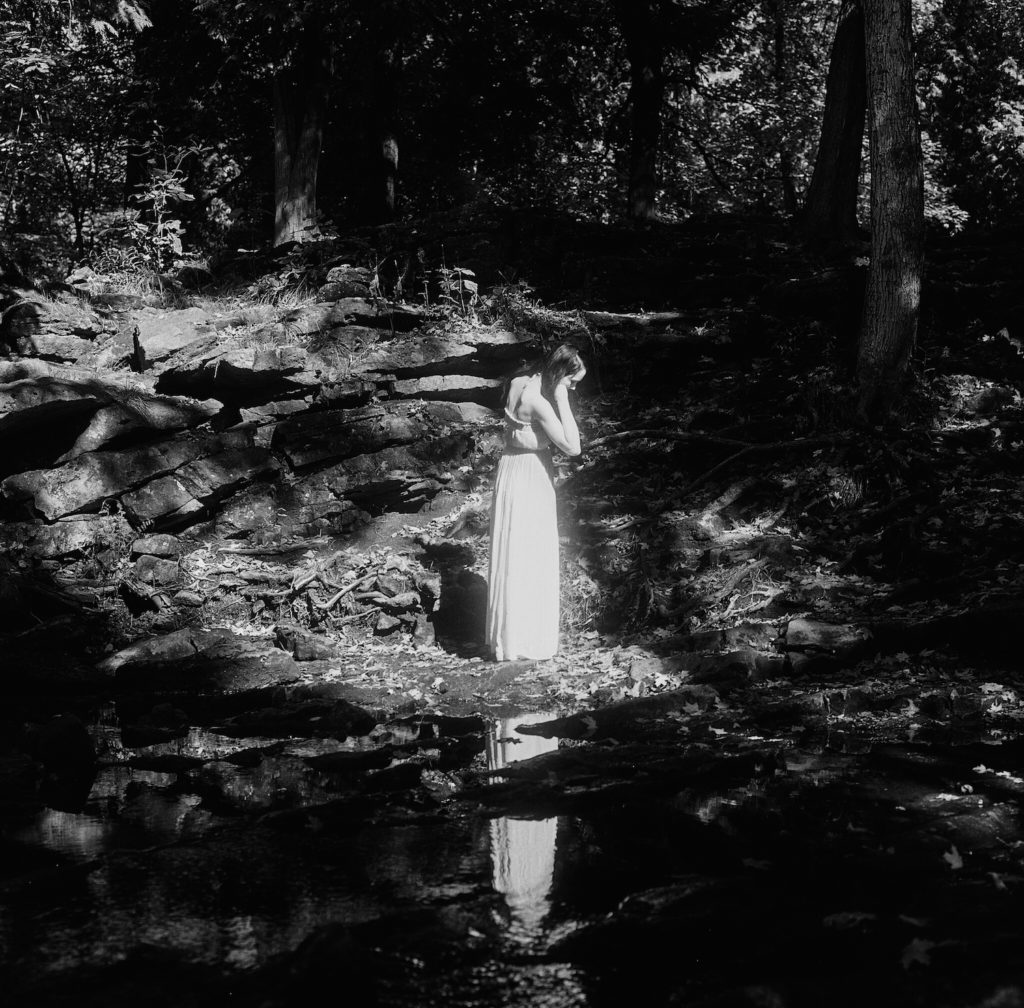 The Hard Season:
Working through depression with a camera
taught photographer to find power in vulnerability

My father died by suicide when I was 12. It had been a year since I’d last seen him, far longer since he’d been a regular presence in my life.

A few years prior, when he started missing his weekly visits, my mother had tried to explain depression. By the time I was 11 and he was an in-patient at CAMH in Toronto, I had a decent idea of what schizophrenia was.

I lived through my teens and 20s with the distinct notion that I had to be careful lest my mental health one day betray me but I was well-adjusted and a high-achiever. My potential latent predisposition to mental illness prevented me from experimenting very much with substances but otherwise I never had the occasion to worry much about it.

When depression hit several years ago, in my early 30s, I was unprepared. It took a while to even admit to myself that it wasn’t just sadness. My freelance life had become very unstructured, I wasn’t working enough, and I had gone through a break-up that tore me apart. It was a perfect storm.

Until that point I had dealt with stress and sadness by being social. Suddenly I was spending all my days in bed, ignoring messages from friends, feeling incapable of performing even the smallest of tasks. Even going to the store for cigarettes seemed impossible. I feared bursting into tears in the five minutes it would take to get there. I feared the shame that would come from exposing my emotional turmoil to anyone. I felt like a seeping open wound that would never scab. Most of all, I felt like I was fated to go down the same path as my father.

In the midst of all this, photography was my one reprieve. I knew from years of experience that it was the only thing that felt truly immersive. When I’m shooting, everything else goes away. I didn’t have the energy to go to social gatherings but spending time with friends one on one, when I was up to it, helped me feel less alone. Getting out of the city, with all its reminders and memories, helped too.

I started going on day trips with friends and bringing a camera. At first the photos were an afterthought but eventually the work became more intentional. I decided that since I couldn’t escape my depression, I would at least explore it. The friends I was shooting became channels to express the solitude, vulnerability and rawness I felt. I noticed with gratitude and admiration how willing the women in my life were to meet me on that level and, at points, I was able to find strength in their vulnerability and so my own. I thought of nature as a woman as well and felt more peaceful and nurtured amongst the trees and streams and lakes.

I drew the title of the series, The Hard Season, from a poem called therapy by the brilliant Nayyirah Waheed:

you will bleed water.

your face will fall out and

there will be scorching.

but do not worry.

keep speaking the years from

from all the deaths you have

because the soft season will

both hands in your chest.

up all of the nights.

to drink all damage into love.

And so The Hard Season became a process of self-discovery and healing and also a testament to the love I have for the women in my life who continue to show me that it takes strength to be naked in this world. I have stepped away from this work for now but I know the process will be life-long and I do look forward to venturing back.

After this series I went on to shoot a series called Unfounded for the Globe and Mail. Unfounded looked at the way the Canadian justice system, particularly law enforcement, deals with allegations of sexual assault. Most of my work involved making portraits of some of the survivors that came forward to tell their stories. I want to thank them here for inspiring me with their own vulnerability and courage. I don’t know if I could have told my own story without them.

Galit Rodan is a freelance photojournalist based out of Toronto, Canada. Her personal work explores feminist themes around mental health, vulnerability and empowerment and seeks to reframe the way women have traditionally been commodified and sexualized in a male-dominated world.
Documentary