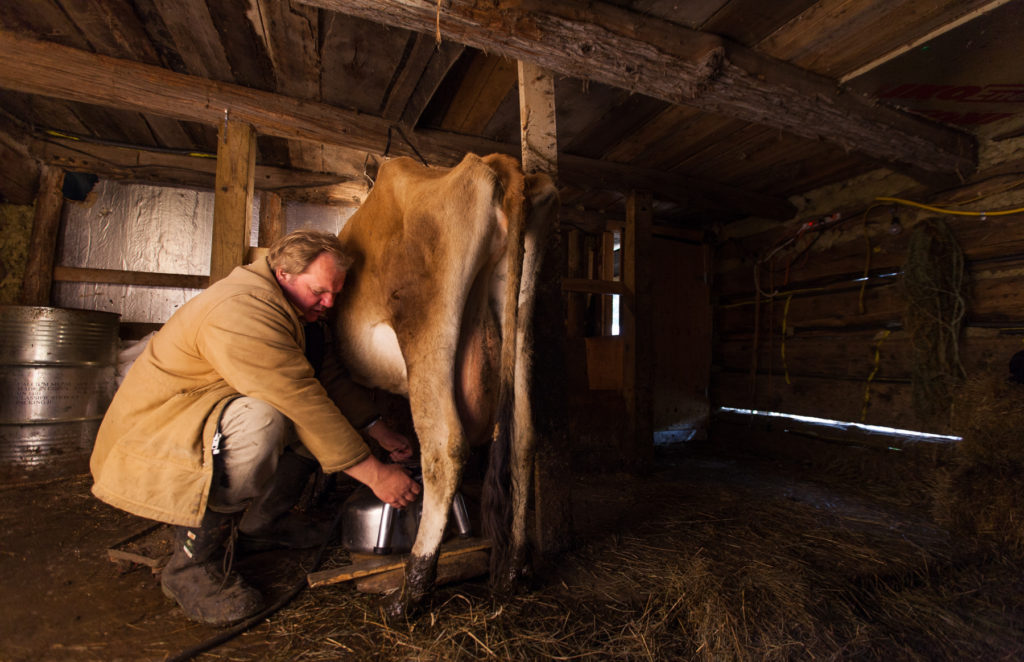 Michael Ilgert doesn’t look like a criminal. With his rubber boots and boisterous laugh he is, in many ways, the quintessential small-time dairy farmer. He is selling an illegal product however.

The local health unit has taken him to court over concerns about the safety of the milk he sells from his small farm in Renfrew, Ont. The milk is unpasteurized and hasn’t been sterilized according to the conventional process used in large scale dairy production.

Last fall, Ilgert received a cease and desist order from the Renfrew County Health Unit because of an anonymous complaint about his milk. Ilgert attempted to appeal the order in court but it was upheld giving the health unit the ability to obtain a warrant and raid his farm.

Despite this, he is continuing to sell his product.

Ilgert and other proponents of raw milk maintain that it is both more nutritional and ethical than other alternatives.

Additionally, Ilgert said he has many customers who are lactose intolerant but are able to drink raw milk without adverse side effects because the milk contains enzymes that are normally destroyed during the pasteurization process.

He also has customers who are immigrants from Eastern Europe or the Middle East who need raw milk to make cheese for traditional dishes.

Although he has not been able to test the milk from his farm for pathogens because of the costs involved, Ilgert said he is confident it is safe to drink. He said raw milk has built in mechanisms for removing harmful bacteria.

Mark McAfee, a raw milk farmer in California, has demonstrated these mechanisms by infecting samples of raw milk with E.Coli, Ilgert said. After standing for several hours, the milk was retested and found to have no trace of the bacteria.

Mansel Griffiths, a professor in the food science department at the University of Guelph, said that while there are antimicrobial systems in milk, they should not be relied upon to guarantee the milk is safe to drink. He added that milk should be stored at low temperatures regardless of pasteurization and that the enzymes that some of these systems rely on don’t work particularly well at low temperatures.

Griffiths also said that while some common foods such as bean and alfalfa sprouts are actually more dangerous than raw milk, this shouldn’t be used to justify making a potently hazardous food available if there are convenient and easy methods to mitigate the risk.

Dylan Gordan, an anthropologist and PhD candidate at the University of Toronto, said, “We should be thinking carefully about the social management of risk. What gets defined as a risk and who’s allowed to make these decisions?”

He said when it comes to raw milk, the thing that people value the organic vitality of nature which is associated with rawness and a lack of processing.

“If we’re going to say that raw milk is too risky, why do we continue to throw 1,000 cows into the grinder at the same time? Is that really not as risky? If not more risky?

“Why is it okay when we have all these issues with other parts of the food system but it’s not okay when I have different values? If we’re talking about efficiency, penetration of distribution into smaller communities or geographic dispersion, then it’s legitimate; but if I’m talking about my own values of health and naturalness then it’s ridiculous?”

For now, Ilgert is continuing to milk his small herd of cows and is hopeful that the government will amend the law and allow him to continue to provide raw milk to his base of committed customers.