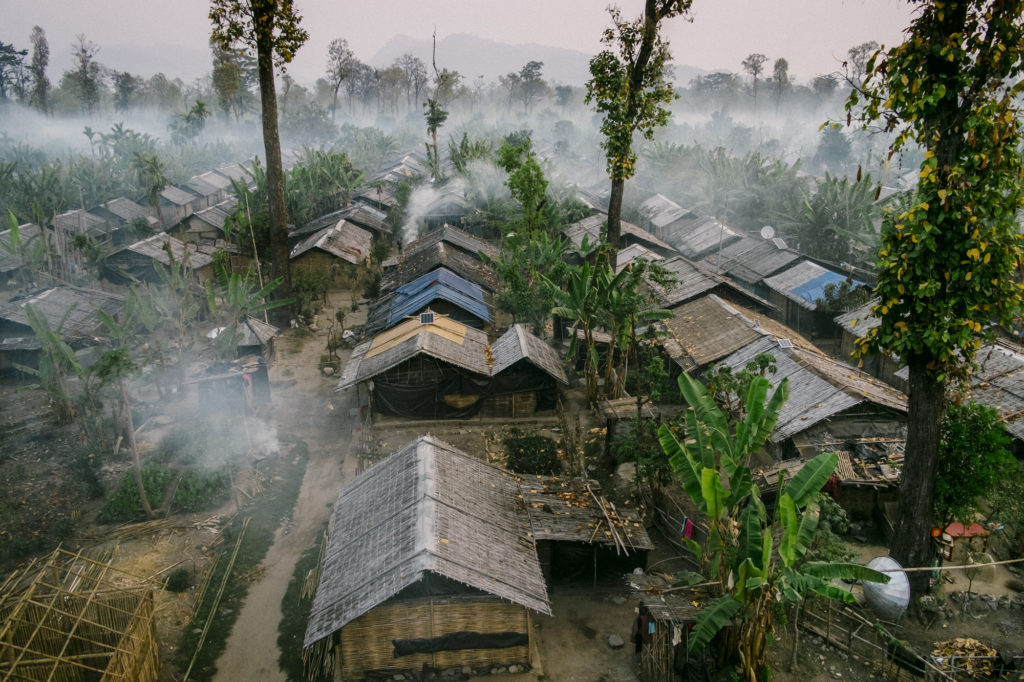 No Way Home:
After 30 years of being stuck in refugee camps
Bhuatan’s Nepalese exiles start new life in Canada

In the late 19th century hundreds of farming families left Nepal to settle in Bhutan, responding to the call of the country, desperately short of manpower. For eight generations these farmers lived in relatively isolated areas where they continued to practice their unique Hindu culture in the Buddhist kingdom

While the influx of farmers was mutually beneficial for both sides for decades, the fate of Bhutan’s Nepalese descendants was altered in the early 1980s when King Jigme Singye Wangchuck’s launched the “One Nation, One People”campaign, with a view to strengthening the country’s national identity. The policy culminated with the implementation of the Citizenship Act in 1985. All of a sudden Nepalese families who had called Bhutan home for generations became illegal in the country where they were born. They were threatened and ultimately forced to go into exile in Nepal.

Although this was the land of their ancestors, nearly 100,000 people came back as refugees in their own country. They were forced to settle in camps lost in the Nepalese jungle, in the east of the country. Without the right to work or the possibility of building permanent houses – and dependent on agencies for food and education – they spent 30 years waiting for a return to Bhutan. But the return would never come.

In 2008, aware that neither Nepal nor Bhutan had the will to settle the status of the Bhutanese refugees, the UN decided to close the camps so the families could be repatriated in eight countries that offered to take them in: Canada, United States, Norway, Australia, Denmark, the Netherlands, New Zealand, the United Kingdom. For six years the life of the camps was punctuated by the departure. Each week between 200 and 400 refugees boarded buses to rebuild their lives in a world unknown to them.

During visits to the camps in 2013 and 2014 I watched as people left everything the knew behind to start a new life. Over the next few years nearly 1,000 Bhutanese refugees arrived in Quebec City, while many more settled across the country. All of a sudden they became my neighbours, and the neighbours of thousands of other Canadians.

The first to arrive in Quebec did not even know that they would have to learn French. The shock was especially strong for those who arrived in the middle of the winter. But little by little the community found its place within the local and national fabric. Today they have become a true example of positively integrated immigrants, who have managed to preserve the essence of their culture in their daily lives.

While Canada has provided great opportunities to the Bhutanese exiles, there is still a sense of longing for a country they will likely never see again. As the older generations say, if they are here today, it is not for themselves, but rather to provide a future for their children.