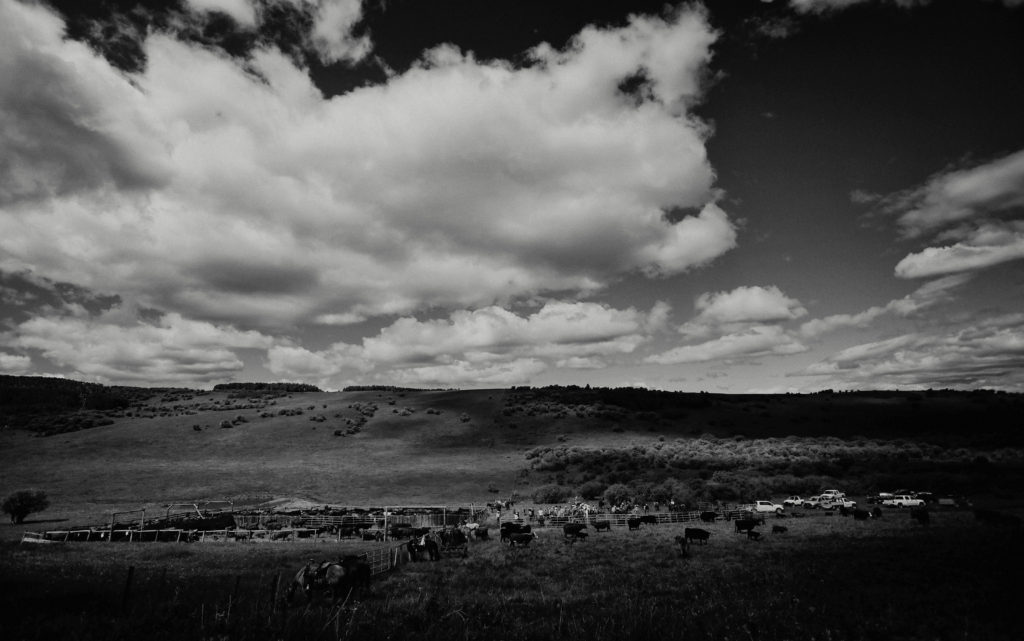 There is a tradition in southern Alberta that goes back to a time when the Prairies were still relatively unscathed by European settlement. It moved west with the North-West Mounted Police and north from the plains of Texas and the mountain basins of Oregon, ultimately coalescing on the wide-open grasslands in the Rocky Mountain foothills of what would one day become a Canadian province.

Ranching has been a way of life her long before Alberta became a province in 1905. In the decades since, the province has continued to become part of a diverse, world-wide economy. But the traditions of ranch life on the native grasslands, forests and mountain valleys of the land have carried on.

Kind, welcoming and generous, the Jenkins clan epitomizes the southern Alberta ranch family. Their Lazy U Ranch near Pincher Creek, Alta. was started in 1890 when Henry Jenkins, a veterinarian who had come west with the North West Mounted Police, arrived in southern Alberta. Although it started as a horse ranch, the Lazy U eventually transitioned to cattle. Today the ranch is run by Henry’s grandson Frank Jenkins and his family.

Under Frank’s watch the humble homestead has was transformed into an 8,000 acre ranch that supports 850 head of cattle. The traditions of the Lazy U are being carried on into their third century by Frank’s son and eldest daughter. More than a hundred years after it first laid down roots in the valley, the Jenkins legacy remains in good hands.

A little further north, the Bar S Ranch in the Chain Lakes area near Nanton, Alta. is run by Clay Chattaway, his wife Avril, their sons Scott, Chris and Morgan and their families too. Like the Jenkins, the Chattaways are keeping alive the ranching practices their forebears pioneered more than a century ago.

Eschewing heavy machinery, both families still use horses to move rustle cattle to between summer and winter pastures and to gather the cows and calves at branding time. Branding is a vital part of the ranching tradition. Marking the calves with the ranch’s brand is done to identify which animal belongs to which ranch (the Lazy S ranch brand is a reclining letter “s” while the Bar S uses the same letter with a horizontal line over the top) when the animals are eventually taken to market to be sold. Brands are registered with the government and most of them, especially the southern Alberta ones, have been in the brand books for a century or more.

Branding time varies from ranch to ranch but typically happens any time from late-April to late-June, depending on when the calves are born. They have to be big enough to handle the branding process but not so grown that they are too big to wrangle. Once the calves are branded, they and their mothers are turned loose in the prairie grass that is lovingly maintained by the ranchers.

To see the foothills and grasslands as they once were – to see the original southern Alberta before the cities and the machinery of the modern world arrived to gnaw it away – is to see the beauty that inspired the province’s first settlers to head West. So long as they continue to preserve those last vestiges of a once wild land, Alberta’s ranchers will remain integral to the province’s future.

Leah Hennel is a photojournalist who is proud to be born and raised in Alberta. She has worked as a photographer at The Calgary Herald for more than a decade. Her work has taken her all over Alberta, most parts of Canada, and to countries in Europe and Africa.
Documentary