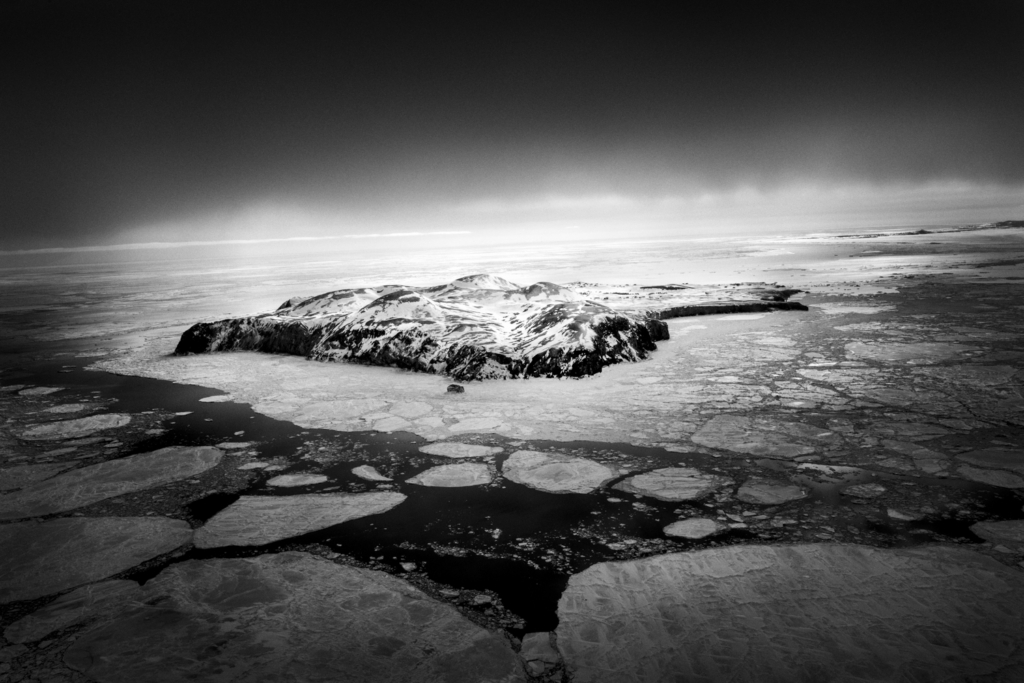 Hakapik:
Canada’s commercial seal hunt
as seen through the eyes of a hunter

Canada’s seal hunt has long received a bad rap from outsiders who are disconnected from the North and its culture. Between 2011 to 2016, I followed the lives of Canadian seal hunters in the Magdalen Islands, Quebec, where I reside – as well as in Newfoundland and Nunavut – to better understand what life is really like out on the ice flow.

Life on the ice is really different than the way urban dwellers imagine it. The seal hunt is dangerous work, in which crews often have to leave their vessels and walk for miles, risking death by jumping from ice floe to ice floe.

In following the hunt, my hope was to show the human side of a practice so often stigmatized in the media. I wanted go beyond the cliches of ice floes covered in blood, the kind of images that end up in campaigns against seal hunting. There is no denying the process is bloody. That’s why I chose to shoot this project in black-and-white.

I felt I had to truly experience the hunt, to be as close as I could see what the job entailed : the associated risks and all the repetitive gestures that have been passed down through hundreds, or even thousands of years. I wanted to honour these men and women and keep a trace of their know-how. To gain their confidence, I trained and received my license as a bona fide seal hunter. I learned the three-step process, certified by Canada’s authorities, to kill a seal.

Contrary to popular belief, seals are far from being extinct. According to the Department of Fisheries and Oceans Canada, in the Gulf of the Saint Lawrence River, the herd has grown from 1.5 million to 7.8 million since the 1970s. Furthermore seal hunting remains an integral part of the region’s heritage and an important source of food, clothing and revenue for its residents.

Yoanis Menge is a documentary photographer working and living with his family in the Magdalen Islands (Canada). In 2002 he completed his first photojournalism project on prostitution in El Salvador. Later he continued his training with the Magnum Photos agency in Paris for four years as an assistant to photographer Josef Koudelka and Bruno Barbey. Yoanis belongs to the Québec photographer collective KAHEM, which promotes an exchange of ideas and reflection on the practice of documentary photography. www.kahemimages.com
Documentary