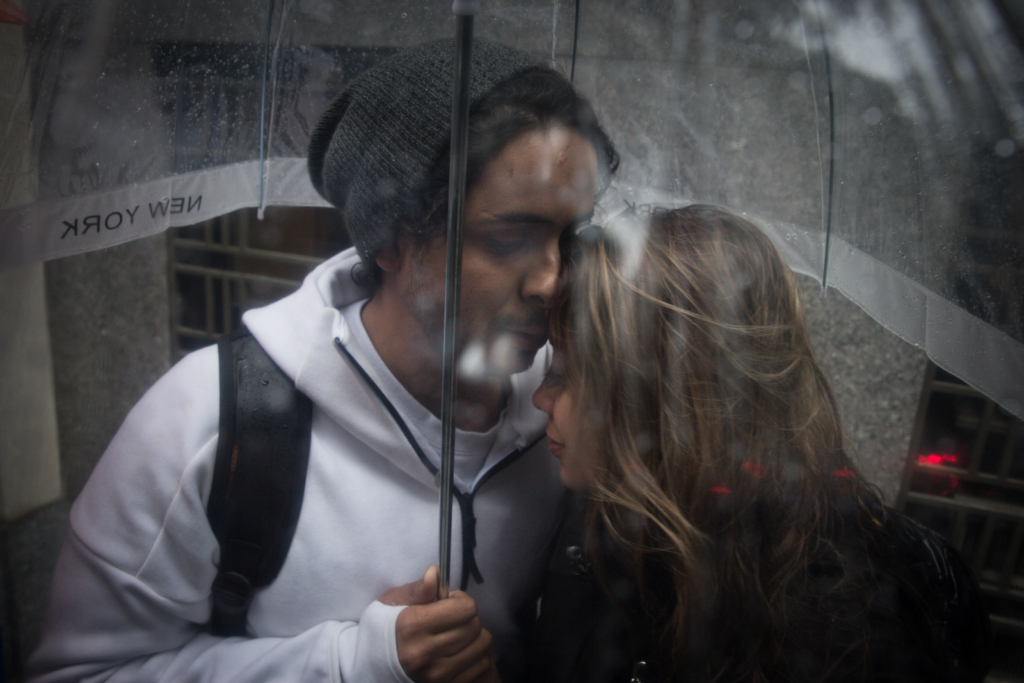 America for new life in Canada

Ahmed is the owner of a passport from a country he’s barely visited. The sixth of eight children, he was born to Yemeni parents in Saudi Arabia. In 2015 he fled from Riyad to New York City as an asylum seeker to avoid being deported to Yemen, which is currently embroiled in a deadly civil war. In the summer of 2017 he became one of thousands of people to cross America’s Northern border in the hopes that Canada would become his last refuge.

“I’m not asking for a palace, or a fancy car, or to work in a big company. I just want to reunite with my family and have a safe and peaceful place with no problems where I could live a quiet life.”

Ahmed grew up living a simple and peaceful life in Riyad before going to study business and marketing at a university in India. Once he graduated, Ahmed came back to Saudi Arabia to work as a manager for Education First, an international company selling linguistic immersion programs for students who want to travel abroad. He had a good salary and traveled around the world for his job. He remembers it as one of the best period of his life. But wherever Ahmed goes, he can’t help but feel like a stranger.

“Saudi people think I’m one of them. But when they ask me from which part of the country I’m from and I tell them I’m from Yemen, at that point, the way they look at me change and they start being racist,” said Ahmed. “And because of my accent, the opposite thing happens to me in Yemen. It fells like I’m homeless. I don’t have a home I belong to.”

After three years of hard work Ahmed received a tempting job offer from one of his former clients with more responsibilities and a better salary. He accepted. As all foreigners in Saudi Arabia, his residency was guaranteed by a Saudi sponsor, his employer, who had an absolute power of decision over his status in the country. Without a sponsorship, it is impossible to work, study, travel or even to be admitted into a hospital.

Following three months of unpaid salary, Ahmed decided to quit. As an act of retaliation, his sponsor put an end to his residency and ordered his deportation to Yemen; a country he visited only a few times when he was younger and which has been torn apart by a civil war for the past four years. The last time Ahmed visited his country was in 2011.

Once during that visit he was in the car with his cousin he could hear bullets whizzing by in the distance. One of the bullet hit the rear-view mirror, and Ahmed’s cousin sped away. He later found out they had been targeted because his uncle is a famous military man in Yemen.

“I kept hiding during the following days and decided I had to go back to Saudi Arabia as soon as possible” he said.

The prospect of getting sent back to Yemen had Ahmed fearing for his life. So he fled to New York City at the end of 2015 with a foreign worker visa in his pocket. Leaving his family behind, he discovered a dynamic community of Yemenis in Brooklyn and applied for a refugee status. His request was denied. Instead, Ahmed received a Temporary Protected Status (TPS), which allowed him to legally work and live in the United States. However, he had to renew it every year, remaining exposed to a potential refusal and a new deportation threat.

The election of Donald Trump brought the announcement of a travel ban explicitly targeting Yemen. The new President stated that he would gradually put an end to the renewal of TPS. It sparked a wave of fear and panic amongst the immigrant communities. Thousands of people fled the US to reach Canada, crossing the border on foot, sometimes in the deadly snow, in the hope of obtaining asylum. Ahmed took the same path and left New York City in August 2017.

Making it to Canada was a huge weight off Ahmed’s shoulders but his first winter in Toronto was particularly hard. He started to feel the loneliness of his life in this new country, without his girlfriend Marcela or his friends from New York. Several months after arriving he found an apartment located on the East side of the city. He lives there with four other Yemeni men, and he works as a salesman for an HVAC and plumbing company.

In recent months the discourse surrounding the arrival of asylum seekers via the U.S. Has become increasingly polarized as conservative politicians in Quebec and Ontario have used dog-whistle politics to sow division and spread misinformation. The reason so many asylum seekers are crossing the Canadian border at an irregular point of entry instead of an official one is because of the Safe Third Country Agreement, which states that refugee claimants are required to request refugee protection in the first country they arrive in. If any of them show up at an official border crossing, they will be turned down and sent back to the United States. But by avoiding the official checkpoints, once they are on Canadian soil, officials have legal obligations to process their asylum claim, making it impossible to deport them until the Immigration and Refugee Board of Canada has reached a final decision.

Ahmed’s hearing date has so far been postponed two times. He doesn’t know why or even when he will have the chance to plead his case in front of the Immigration and Refugee Board of Canada. But he remains confident that things will be better in the future.

In the meantime his plan is to go back to school and work part time in order to get his diploma from a Canadian university. His focus remains the same : resolve his case so he can be reunited with his family, especially his mom who he hasn’t seen in two years.

“That’s all I’m asking : be with my family and live in a place where I don’t feel like it’s a jail. I want a normal life, just like other people.”