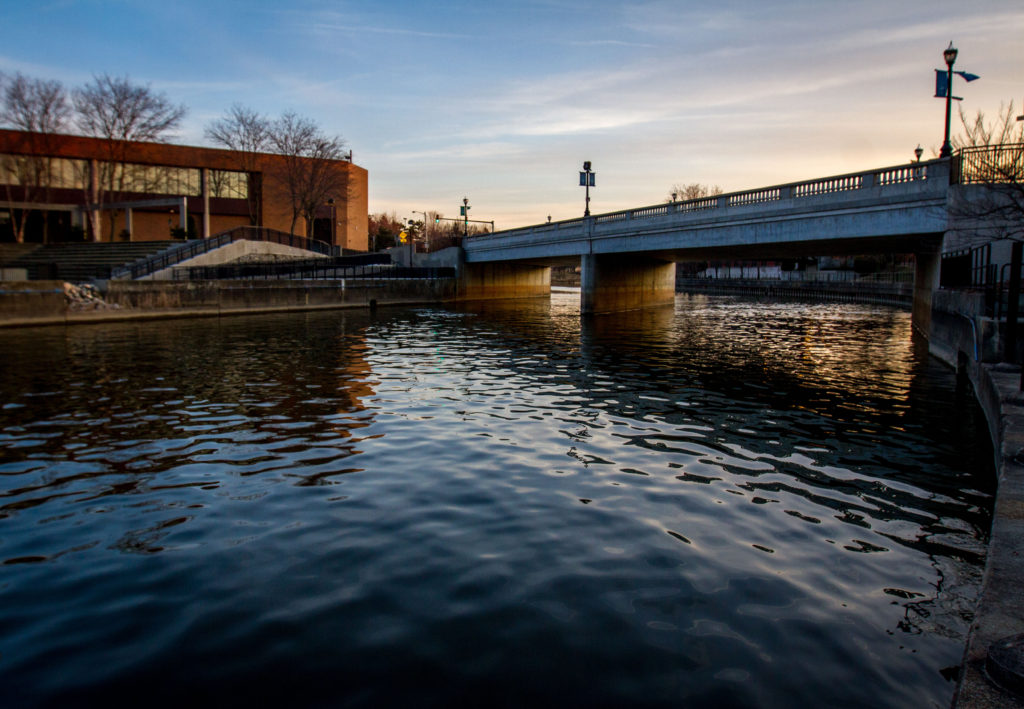 Today marks 3 years since the city of Flint, Michigan began using the Flint River as a source of drinking water. The water from the Flint River began corroding the city’s water pipes in April 2014, resulting in lead and other contaminants to leach into the tap water of over 100,000 residents of Vehicle City. Three years later the resulting contamination of the city’s drinking water has impacted the health and finances of thousands of people, many of whom live below the poverty line.

The water contamination is not Flint’s first run-in with a crisis. The once-thriving industrial city was a hub of vehicle production for decades. In the 1980s General Motors began shutting down plants and laying off workers by the tens of thousands. The city of Flint has not been able to financially recover from the out-migration of people and industry. Today 41.2 per cent of residents live below the poverty line while the median household income is just $24,862.

Massive debt led the city to switch its water source from Lake Huron to the Flint River in order to save money. Just a few months after the water source was switched over in 2014 the city issued its first boil-water advisory. But it wasn’t until the following September that testing performed by Virginia Tech revealed the river water was corroding the city’s pipes because it was not being properly treated.

When I first photographed Tammy Brewer in September 2016, she had not had a warm shower in her home in over a year. She stopped paying her water bills a few months after she heard about the contaminated water. After racking up $1,300 in fees, the city shut off her water and she was forced to shower and flush her toilet with bottled water. Tammy’s son was a faithful drinker of Flint water, even after the news broke of contamination. He broke his pelvis in February 2015, and died soon after. “His cause of death is officially unknown and he was never tested for lead in his system. I didn’t have enough money to do an autopsy, but I fear the water had something to do with his inability to recover,” said Tammy. Tammy buried her son’s ashes in her front yard. When I visited her in September she promised she would never leave.

However, when I visited Tammy again in March 2017 she was in the process of moving to another part of town. “I just couldn’t take it anymore,” she said. “I couldn’t continue to flush my toilet with a case of bottled water.” Her new house has running water, but it is still contaminated. The conversation around the water crisis has been gradually shifting.

The media has mainly reported on issues with lead contamination but as the corrosion of water mains has worsened over time, it has caused breaks in the pipes. The breaks in the pipes cause dirt to seep into the water system and bacteria such as E. coli, shigella, and others to further contaminate the tap water. Although the state has handed out water filters that Flint residents can attach to their taps for years, many of them only filter lead.

The state has allocated more than $250 million to fix the pipes, while the Environmental Protection Agency recently announced another $100 million worth of infrastructure upgrades. Thirteen state and local officials have also been charged in relation to the crisis. But local lawmakers are expressing concerns that there isn’t enough being done to prevent a similar disaster from reoccurring.

“We’re starting on the fourth year, and I wish we weren’t here,” Senate Minority Leader Jim Ananich, D-Flint told the Detroit Free Press recently. “We still can’t safely drink water out of our taps. We need to be much farther along on the policy changes to make sure this doesn’t happen to others.”

While residents continue to deal with the fallout from the crisis Flint’s mayor recently said it will be at least several years before the water is safe to drink again.