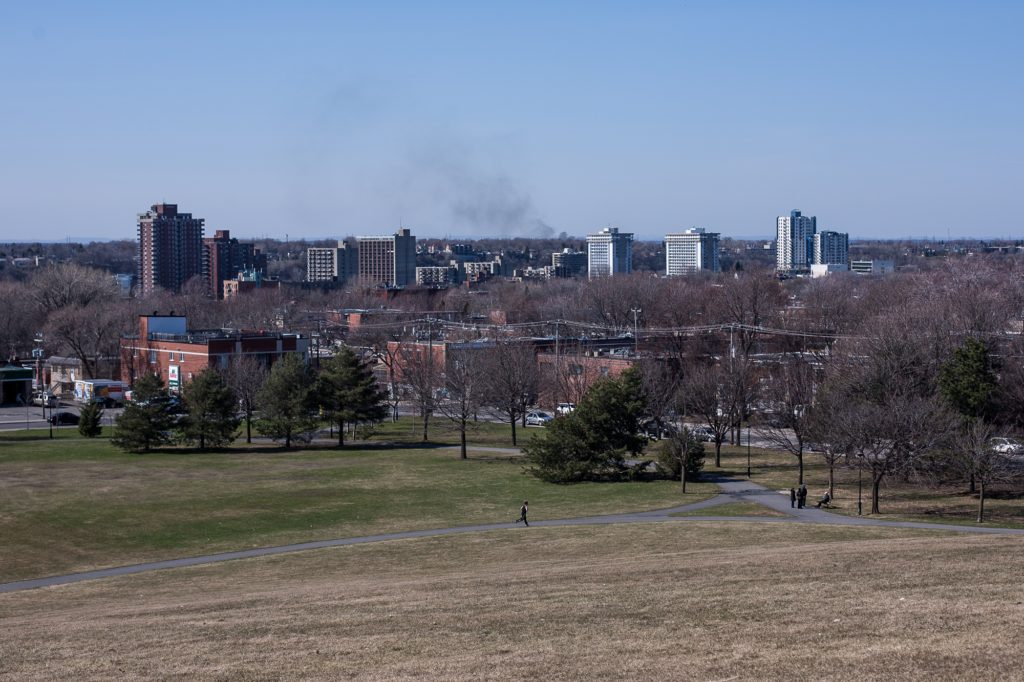 Grand Nord:
Inside one of Montreal’s poorest boroughs

In august 2008 Freddy Villanueva, an eighteen-year-old immigrant from Honduras, was shot dead by the police in Montreal-Nord. The following night youth from the borough rioted, something Quebec had never experienced before. Last summer 46-year-old Jean-Pierre Bony died after he was shot with a rubber bullet by police during a drug raid in Montreal North. Today tensions between police and the largely immigrant community remain high.

As of 2016 30 per cent of Montreal-Nord’s 83,000 residents were living below the poverty line and in 2015, the Bourassa district, which is part of Montreal-Nord, was the poorest in Canada. Montreal-Nord also has some of the highest unemployment and crime rates on the island, and the lowest rate of youth graduating high school with a diploma.

Yet there are those who call Montreal-Nord home and are doing their best to help improve the community. Up until the 1950s most of the land in the area was still cultivated and in some ways the borough still feels like a village that grew-up too fast. “Here we are tightly knit, like a village”, explains Jean Touchette, director of the local centre for development.

Grand Nord (Great North) explores the social links that unify Montreal-Nord. Through my images I document the relationships that shape its inhabitants, whether they be of love, family, community, or religion. In the end, the strong links existing within this closed community contribute to the creation of a common identity even though the district is mainly a transition area for low income migrants who stay here for a couple years before moving on to somewhere else.

Valerian Mazataud is a freelance documentary photographer based in Montreal. He is represented by Studio Hans Lucas in France. His images have been published in Le Monde, der Spiegel, Le point, Telerama or Liberation. He has also contributed to TV5, Radio-Canada, Le Devoir, La Presse, The Walrus, Chatelaine, Oxfam and Handicap International.
Documentary