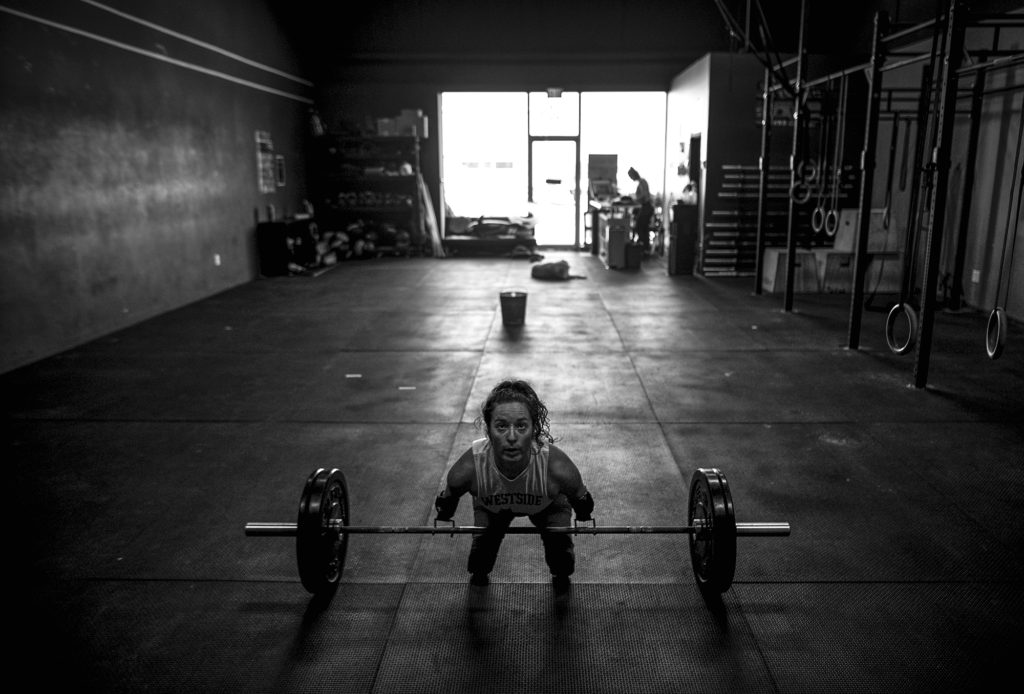 Weight of the world:
Being born without arms or legs hasn’t stopped
Lindsay Hilton from being a competitive athlete

In a part of the world best known as the home of Sidney Crosby, at a narrow gym in an industrial park, a 31-year-old woman powers through a slew of improbable athletic feats.

Lindsay Hilton, from Halifax, N.S. was born without hands or arms or legs. What she has, though, is ambition, a passion for CrossFit and rugby and the ingenuity to eliminate her limitations. She throws 100 pounds up toward her head with the help of chains from a local hardware store, straps and Velcro.

“It makes me so mad when people don’t try,” she says. “It actually drives me crazy.”

Swimming and soccer came first. She played field hockey, too. In high school, though, a love affair bloomed. She discovered rugby, which she would play competitively at both the university and club level. She still coaches high school rugby and plays from May to August. In 2016, she tried to cut back in favour of focusing on CrossFit. She found herself unfulfilled and decided she had to jump back in.

“I feel like if I didn’t play rugby, I wouldn’t know what I would do on Tuesday and Thursday nights,” she says. “I thought I would be done, but I don’t think I am. I’m still having fun, so I don’t see why I would stop.”

Rugby also introduced Hilton to two more integral parts of her life: Matt Melanson, an avid rugby player who has been dating her for four years, and CrossFit. She started that fitness regimen after winning a gym membership during a burpee contest at a rugby tournament.

Jenny Jeffrey, the owner of CrossFit Onside, is Hilton’s coach. She helps with some of the adaptations that help Hilton complete both free-weight and weighted workouts.

“Nothing gets in her way, and she remains so positive,” Jeffrey says. “[She] needs to be challenged, as much, if not more than, anyone else in the gym.”

One of Hilton’s goals was to go to Miami to compete in Wodapalooza, an international CrossFit competition. For months, she fought through gruelling workouts at least four times a week while juggling work, coaching and her relationship to qualify in the top five for the Adaptive Seated RX division of the international fitness festival.

Still, she feels as though there is more to do.

Darren Calabrese is an award-winning Canadian photographer specializing in portrait, reportage, and editorial photography. Darren's work has garnered numerous accolades and awards including World Press Photo, Pictures of the Year International, Communication Arts, Magenta Foundation, News Photographers Association of Canada, etc. Most recently, Darren moved back to the East Coast to focus more attention on the environmental, economic, and population issues being faced by the people in Canada’s Atlantic provinces. Darren lives by the ocean in Halifax, N.S. with his wife Tammy and two daughters Harriet and June.
Documentary