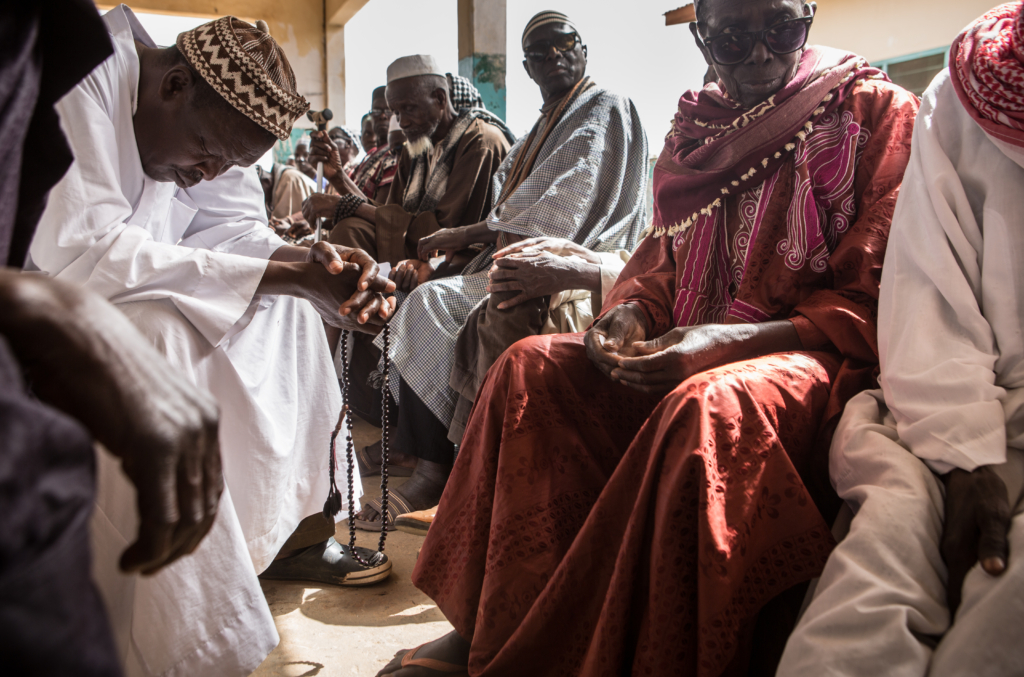 Through the Eyes of the Aging:
Photojournalist documents The Gambia’s struggle
to provide care for elderly suffering loss of vision

My paternal grandmother lived with diabetes, failing eyesight and decreasing mobility before passing away at the age of 84 in early 2018. In her final years, my parents opted to move her in and become full-time caregivers—an exemplary commitment that they did not hesitate to make. I carried my family’s story with me while on assignment for Photographers Without Borders in The Gambia in 2017.

For elderly people in the Western world, various forms of health care are easily accessible and are often provided for free by the government. For elders living in The Gambia, a country on the North Western border of the Atlantic Ocean with a population of over two million people, this is only a dream.

In traditional Gambian society, older persons were cared for by family members; in an unprecedented shift, they are increasingly left to care for themselves, especially in rural and impoverished communities. Three percent of the population is more than 65-years-old, suffering with diabetes, hypertension, and eye problems. Recently, The Gambia has seen a startling rise in cases of cataracts and glaucoma. While new facilities have been constructed to address the growing crisis, they are difficult to access, and treatment options are prohibitively expensive. Limited resources render many permanently blind.

I embedded with the Sheikh Zayed Regional Eye Care Centre and the Ageing With a Smile Initiative’s medical team. Launched in 2010, ASI is a community-based organization that “focuses on the prevention of non-communicable diseases such as eye problems.” Crucially, ASI strives for proper—and timely—diagnoses of vision loss, and refers clients who need emergency eye surgery.

“Due to improvements in public health and standards of living, people are now living longer than in the past. But living longer does not mean they are living healthier,” said Balla Musa Joof the organization’s coordinator.

Until the government can provide more funding for these services, the country must rely on the generosity of volunteers and overworked staff to bring health care to those who are helpless and suffering in silence.

Vanessa Tignanelli is a Canadian documentary photographer and videographer based in North Bay, Ontario. Combining her training in conceptual art, journalism and filmmaking, her work moves beyond the typical snapshot to the more significant environmental portrait, encapsulating the essence of those who share their stories with her. Her work aims to reconcile things that appear to be in opposition, working with themes confronting sexism, ageism and classicism. Vanessa's work has been recognized by the Royal Family, NPAC National Photographs of the Year Awards, and InFocus Photo Exhibit and Award. She is a graduate of the studio art program at University of Guelph and the photojournalism program at Loyalist College. Her work has appeared in publications such as CBC, The Globe and Mail, Bloomberg, VICE, Photographers Without Borders, National Post, Toronto Star, PhotoEd Magazine, Waterloo Region Record and more. www.vanessatignanelli.com / @vantigphoto
Documentary